Cheers and Jeers for Tuesday, November 10, 2020Note: Hey, everybody! All of a sudden the postal service seems to be working fine again. It’s an early Festivus miracle!!!–- Advertisement – –“Vice President Harris’s emergency task force has reunited the last immigrant children separated from their parents by the previous administration, sources say…”“NATO alliance, with U.S. back on board, more unified than ever…”“Okay everybody, gather around. Say hi to Stephen Miller. He’s gonna be our new fry vat guy…”“President Biden’s cabinet picks have been hailed as smart, shrewd, and diverse…””In a manner she had feared for years, Betsy DeVos died today from an acute case of getting eaten by a grizzly bear…”“For the first time in four years, polling shows that Americans feel like the country is on the right track again…”“After less than 24 hours on the job, House Republicans called for President Biden’s impeachment today, and were literally laughed out of the chamber…”“Fossil fuel industry in full retreat as Biden White House announces massive green energy push…”And…“Donald Trump’s mug shot was retweeted over 50 million times in less than an hour after its release by New York prosecutors this morning, but not by his own Twitter account, which had been permanently deleted just days earlier…” – Advertisement – By the Numbers: 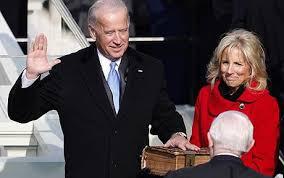 71 days!!!Days ’til inauguration day: 71Official time that the AP called the race for Joe Biden and Kamala Harris Saturday: 11:28 amNumber of the top 5 states for boat ownership that Trump lost (CA, MI, MN and WI): 4Years, as of Mark Kelly’s Nov. 30 swearing-in, since both of Arizona’s U.S. Senate seats were held by Democrats: 67Minimum number of stars in the Milky Way, according to NASA estimates, 4 billion of which are sun-like: 100 billionPotential number of habitable earths in our galaxy if only 7% of those stars have habitable planets: 300 millionYear the word “Vacationland” first appeared on Maine license plates: 1936–Puppy Pic of the Day: History…–CHEERS to calling it. Look, people, I know you come to Cheers and Jeers for the slapdash, joke-a-minute nuttiness that has become the hallmark of America‘s favorite blogging institution. But I rarely get the chance to herald the arrival a new, duly-elected Democratic President of the United  States to my millions of readers, and I believe this moment is one that deserves to be noted with all the stone-cold gravitas I can muster. With that in mind, I wish to make the following announcement:Former Senator and Vice President Joe Biden was officially declared the winner of the 2020 election Saturday morning, and will become our 46th President at noon on January 20th, 2021. It’s a proud moment in American history that will long be remembered as a deadly blow to the rise of fascism and religious fanaticism in the United States. 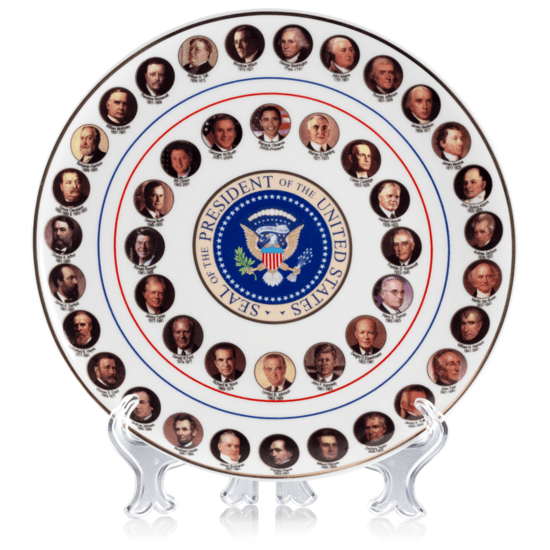 On January 20th, President Biden will officially take his place behind the resolute Desk and on this collectible plate.In addition, Senator Kamala Harris of California becomes the first woman, the first Black, and the first South Asian vice president, shattering a significant glass ceiling into a million pieces for the first time since John Adams grudgingly took the office in 1789.Together, President Biden and Vice President Harris will face enormous obstacles, including the Covid-19 pandemic and a Republican party still drunk on power and dedicated to the proposition that only all card-carrying GOP white men are created equal. But, together with the Democratic-led House, and possibly a Democratic-led Senate if the Georgia runoff elections swing our way, our nation can begin to recover and heal from the gravest internal wounds since the Civil War. Oops, I farted.Perfect. Seal it in amber.CHEERS to more winning. Yes, there was more on America’s mind a week ago than just the White House, so let’s dig into some of the candidates and ballot measures that deserve applause. And since I’m a world-renowned daredevil who accomplishes amazing feats of skill, I’ll do this in a 30 SECOND LIGHTNING ROUND…GO! U.S. Senate: Astronaut from Arizona YES! Geologist and beer brewer from Colorado YES!  Twin runoffs in Georgia that could deliver Senate control to Democrats YES! Multiple exciting prospects to fill VP-elect Kamala’s seat YES! 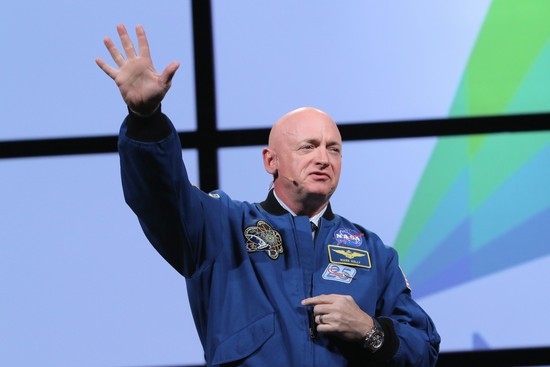 For the first time in 21 years, the Senate will have an astronaut among its ranks. Somewhere in the hereafter, John Glenn is whispering, “Godspeed, Mark Kelly.”Marijuana legalization: Montana YES!  South Dakota YES! Mississippi YES! Arizona YES! New Jersey YES!School funding: Tax increase in Arizona for schools YES!Michigan State Supreme Court: Now dominated by liberals YES!LGBTQ caucus: House LGBTQ Caucus grows to 9 members YES! America‘s first trans state Senate members YES! At least 117 openly-LGBTQ candidates across the country win their races YES!Constitutional amendment in Nevada: Same-sex marriages are just as equal as opposite-sex marriages YES!Minimum wage increases: Florida YES!  Portland, Maine YES!Ding!  29.999 seconds. I know I make it look easy. But don’t try this at home, kids.–BRIEF SANITY BREAK––END BRIEF SANITY BREAK–JEERS to keeping track of America’s fugliest numbers. The mighty Covid-19 Wurlitzer plays on with 51 million cases worldwide—the usual 20 percent of them in the U.S, including unnecessary daily records being set nationwide and a new breakout at the White House led by Trump’s own chief of staff and Ben Carson the brain surgeon. Our weekly tradition of maintaining a benchmark of the awfulness for the C&J historical record continues, so let’s check the most depressing tote board in the world as our death toll now surpasses the population of America’s 91st-largest city Chesapeake, Virginia: 6 months ago: 1.4 million confirmed cases. 81,000 deaths.3 months ago: 5.2 million confirmed cases. 165,000 deathsHey, Mom and Dad! Guess what Junior’s bringing home for the holidays?–1 month ago: 8 million confirmed cases. 219,000 deathsThis morning: 10.3 million confirmed cases. 245,000 deathsBut there’s hope on the horizon: a vaccine looks promising, for one thing. For another, we now have a president-elect who plans to take the pandemic seriously. Joe Biden is already assembling his coronavirus task force, co-chaired by former Surgeon General Vivek Murthy, Dr. Marcella Nunez-Smith, and former FDA commissioner Dr. David Kessler. In other words, he’ll be injecting science into America’s veins again. In the immortal words of a lame-duck president: “It’s like a cleaning.”P.S. In other health news, the fate of the Affordable Care Act goes before the Supreme Court (again) today. In a nutshell, there need to be enough reasons for a majority of justices to keep the law in place. I’m no fancy lawyer, but off the top of my head I can think of 23 million.CHEERS to knockin’ that sucker down. Thirty-one years ago this week, the world witnessed a surreal scene: Berliners hacking away with pickaxes and hammers at, and dancing atop, the wall that had divided their city for decades—a mind-blowing moment that briefly galvanized the planet in celebration.  And what sparked it wasn’t the pope or the U.N. or even ex-president Saint Ronald Reagan—it was this awkwardly-delivered comment by Politburo member Guenter Schabowski a day earlier:“Therefore…um…we have decided today…um…to implement a regulation that allows every citizen of the German Democratic Republic…um…to…um…leave East Germany through any of the border crossings,” said Schabowski. 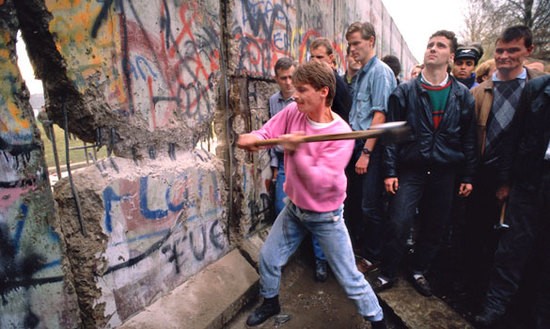 I’d suggest we do this to Trump’s Mexican wall, but he never built the damn thing.He appeared scarcely to believe his own words and we were all dumbfounded.  What did he just say?  Schabowski was asked when the new rule would take effect. “That comes into effect…according to my information…. immediately, without delay,” Schabowski stammered, shuffling through the papers spread in front of him as he sought in vain for more information.I still link to this must-see Boston Globe photo diary, which documents the jubilation and its aftermath. I had the chance to visit Berlin a couple times in the 70s when I was kid.  I had a middle-school knowledge of the post-war history of Berlin, but nothing could prepare me for the contrast I saw in person: vibrant and colorful on the western side…oppressive, gray, boarded-up and barb-wired on the eastern side.  In some ways it reminds me of what this country has become: reality-based, education-oriented and live-and-let-live on the left…authoritarian, trigger-happy, reality-averse and homogenous on the right. But my main point is: Happy reunification anniversary, Germany—let’s all drink beer.–Ten years ago in C&J: November 10, 2010CHEERS to the F-word, properly applied.  Every once in a blue moon, a “novelty” (for lack of a better word) web site launches, shines brightly, and then gets lost in the ether.  So, before I forget—and I will—I’m posting this one for posterity and the proverbial “future reference.”  Behold…What the Fuck Has Obama Done So Far?  Quite a bit, as it turns out.  And, maddeningly, not enough.  Which is why I always open the C&J bar early.–And just one more…CHEERS to the software revolution.  On November 10, 1983, back when I was still banging out term papers on my REALLY LOUD Smith Corona electric typewriter, Microsoft introduced Version 1.0 of its Windows operating system. It wouldn’t actually be released until 1985, but the spark was…um…sparked.  Wanna see something hilarious?  Here’s over-caffeinated former CEO Steve Ballmer selling Windows 1.0 (the last line is priceless):–To mark the occasion, today the C&J cafeteria will be dishing out our famous Fatal Error Casserole served at exactly 404 degrees.Have a tolerable Tuesday. Floor’s open…What are you cheering and jeering about today?–Today’s Shameless C&J Testimonial“Oh my goodness! Cheers and Jeers! Woooooooooow!”—Rudy Giuliani– Kent Brockman’s lips to God’s ear.And now, our feature presentation…–- Advertisement – – Advertisement –